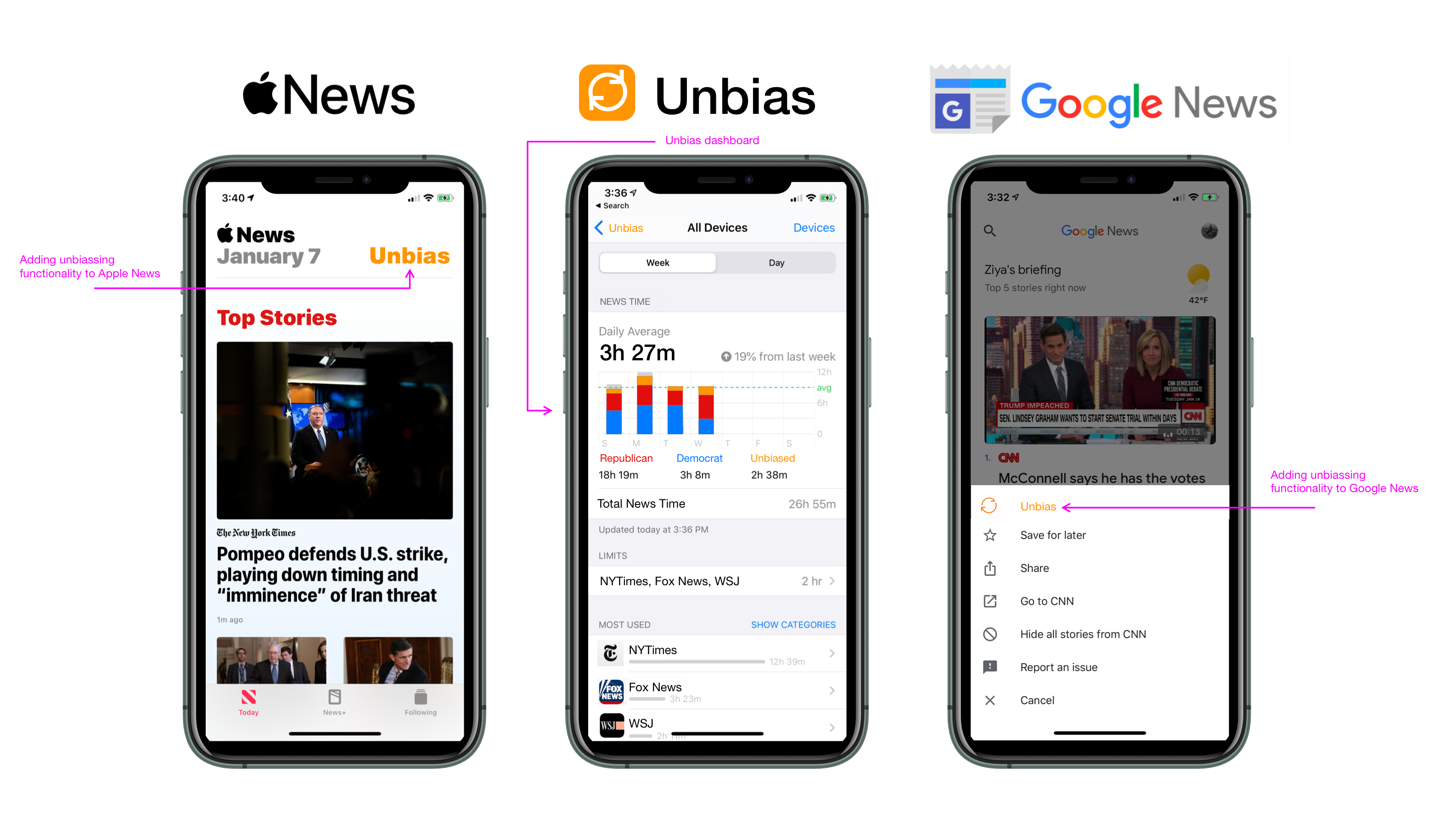 For years our highest aspiration in the world of design was to make things “sticky”. The economics of startups made it so. Our guru was Nir Eyal and his book, “Hooked, How to Build Habit-Forming Products” was our blueprint to grab your attention and addict you to our apps. We were well intended but all very, very naive. Now that we’ve opened Pandora’s box it’s time to radically rethink the design of the mobile OS and applications that sit atop. What we have learned along the way to today is the power of data to shift awareness. I learned this myself while working with the Nike Running team at R/GA and saw not only how the Nike Running app influenced runners but also the teams – and the client – that designed for it. Knowing that the data was there, while it may not have made us into better runners, it did make us into more aware runners – and designers.

It would be a useful experiment to see if we could do it for our news consumption. We’ve all read the latest research and articles on the increased political polarization and walls between parties that are being made more solid by our news habits. And we know that the research also shows that most people wished it weren’t so. This article from the team at Pew Research shows that the distrust in the ways that media cover political issues is a global problem.

So what if we offered behavioral insights into our own media consumption habits? As Apple has done recently for their Screen Time function in their new OS might we be able to offer that to discover our own news consumption habits? And shouldn’t Google try the same with their Google News app? I’m forever trying to bridge my own political biases and would like the same kind of behavioral insights that helped me run a number of half marathons with the Nike Running app. It seems that designers should look more closely at offering these kinds of insights to users especially now when that data is more readily available to us than it was back in 2016.

It is not without a large dose of irony that Nir Eyal has a new book out, “Indistractable, Regaining Lost Hours of Productivity”. I am sure that he will make a conference of it.

A valiant attempt at news unbiasing was created by the team at All Sides.