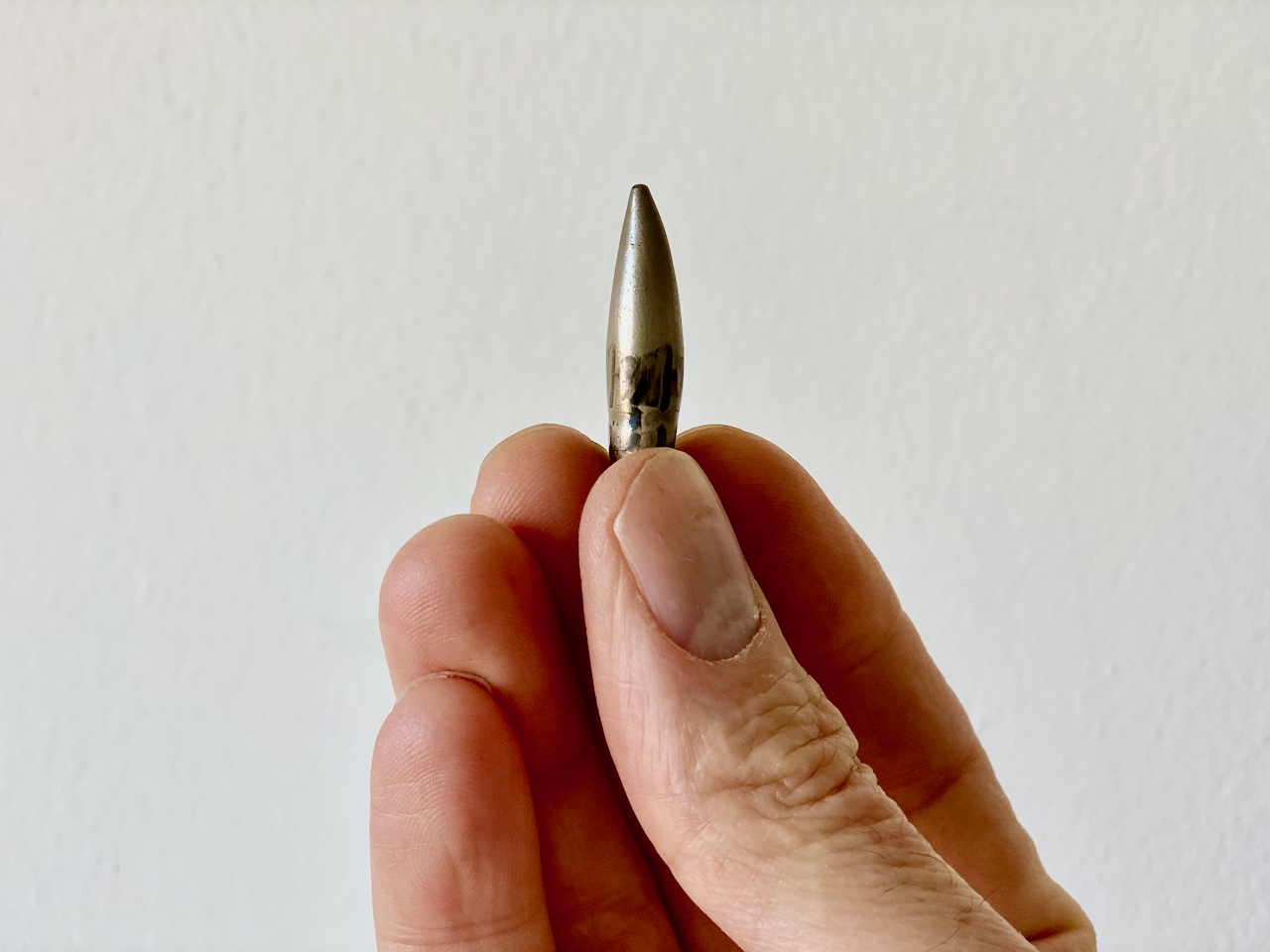 My father gave me this bullet. We lived on the top floor of our apartment building in West Beirut during the civil war. We were just a few blocks away from the sea. We had electricity only four hours a day at times and would have to walk the 8 flights up and down. On the roof of a building just half a block away for a few months we had a sniper who attended to his perch with a sense of duty. He was up and ready in the morning for the hours before noon. Though he would appear intermittently during his time there it was always then. As if he had other things to do. Perhaps a little grocery shopping with his wife or a trip to the office or maybe to return home to kiss his kids and make them lunch – we never knew as we never recognized him on the streets below. His keffiyeh kept his face well covered.