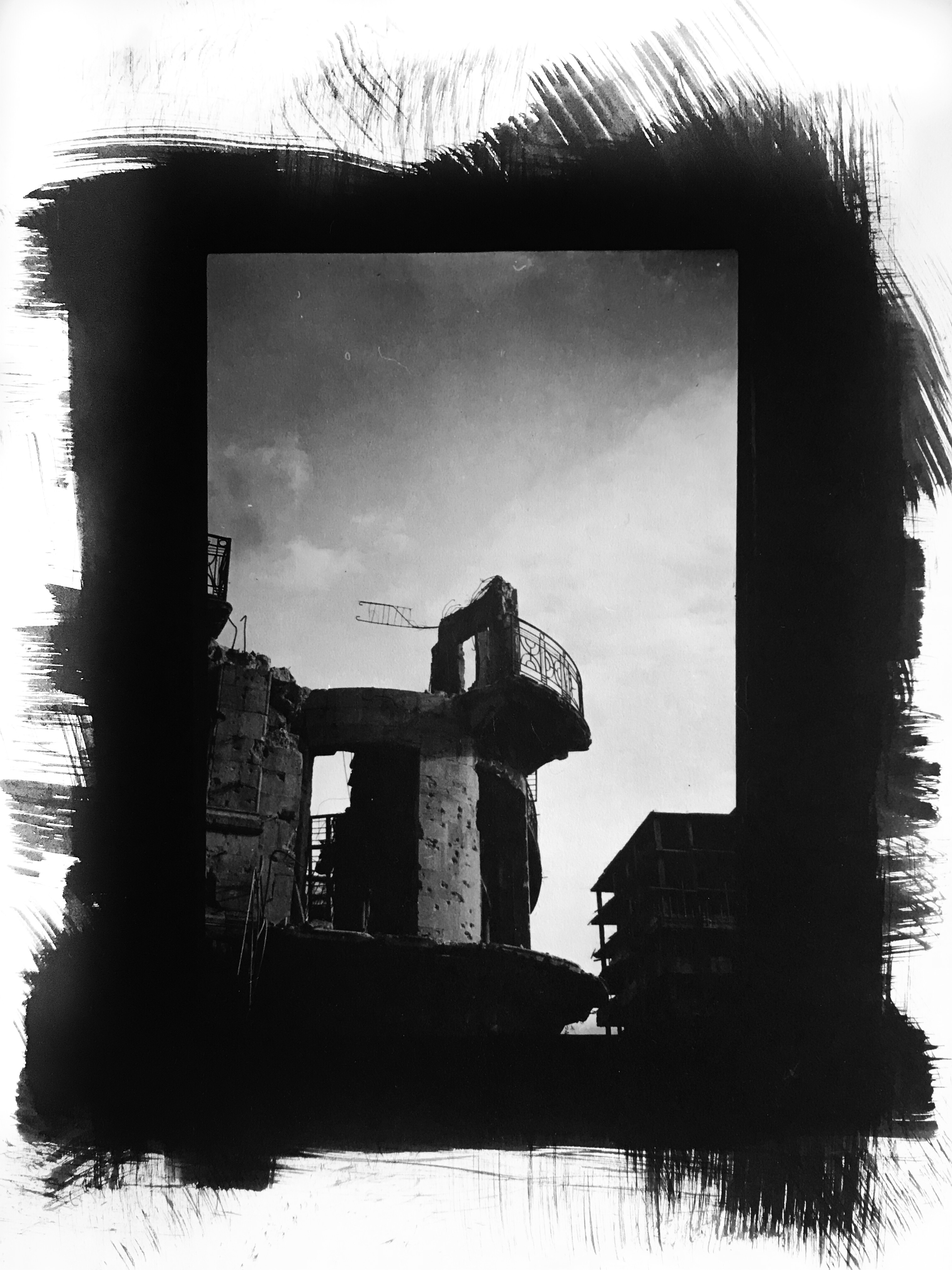 35 years ago nearly to the day. A city finding any excuse in differences to bury you. A car bomb, a bullet, a shell lobbed in a graceful arc from somewhere high in the mountains above the city, a bomb dropped with killing precision from a silver speck that flashed in the always brilliant blue sky above. So easy to believe in fate or universal indifference if, by chance, you lingered on a sidewalk for a few seconds too long or took a wrong turn on your way home. Wrong only after it was blown apart by whatever violent means they served you. And only right if you felt survivors guilt as you stepped over wrecked bodies and between burnt out cars and buildings while carrying your grocery bags home. The only real difference in the city was the sharper edges of the hard steel and the soft human flesh for which it was intended. Though the city hunted for differences it was the accumulation of years of tears and expression of pain and sorrow that stopped the bullets. Lebanon lost nearly a quarter of it’s population in 15 years of civil war.